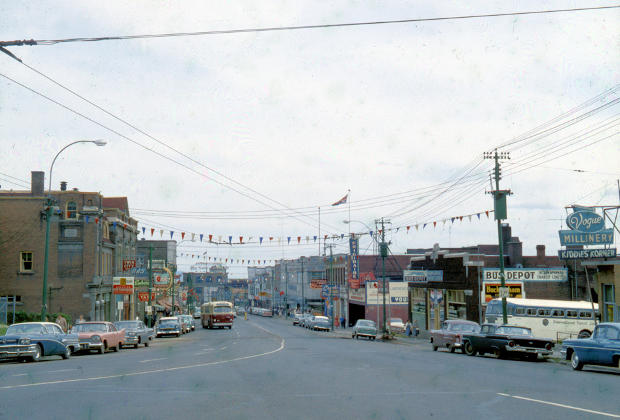 THUNDER BAY – Tory Tronrud, from the Thunder Bay Museum shares a little of Thunder Bay’s past with this view of Red River Road.

Red River Road has long been the main business street in Port Arthur rivaled only by Water Street prior to 1890 and Cumberland Street in the early 20th-century. In its earliest days the street was merely “The road to Red River” (later Winnipeg), but by the 1880s it was dubbed Arthur Street after Prince Arthur, Queen Victoria’s younger son.

With the amalgamation of Port Arthur with Fort William in 1970, the new City of Thunder Bay had two Arthur Streets. Thus, the northern street became today’s Red River Road.

Around 1959, when this image was shot, the street was still very much the centre of the retail business trade, anchored by the large Eaton’s store. Note the city bus dressed in its then familiar rust and cream colour scheme.