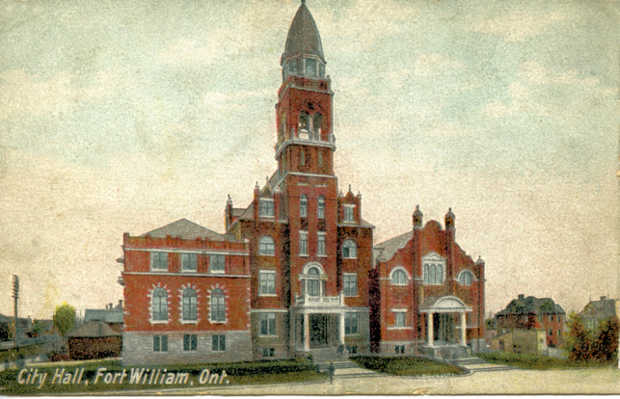 THUNDER BAY – Dr. Tory Tronrud, Director/Curator at the Thunder Bay Museum shares, “Thunder Bay’s current city hall had two predecessors at the same location. The first hall, built in the early 1890s, burned to the ground in 1903, taking with it the town of Fort William’s fire equipment and most of its municipal records. The second hall, depicted here in around 1907, was built on a much grander scale, befitting a community that was growing rapidly and which was soon to be declared a full-fledged city. It contained municipal offices and a hall for plays and other events, as well as the council chambers. The grand old building was torn down in 1966 following the construction of the building that now houses Thunder Bay’s city hall.”

Find out more about our community’s history at www.thunderbaymuseum.com.