THUNDER BAY – The Thunder Bay Museum offers a gateway to the proud history of our city. In this image, Fort William’s council and administrators wrestle with the city’s budget in 1960. In 1914, a whole gamut of financial opportunities were open to Canadian cities besides the usual property assessment.

This included business and sales taxes, entertainment taxes, and poll taxes; some even levied income taxes. In the early 20th century Winnipeg, Toronto and Montreal all had budgets that exceeded that of their respective provincial governments! Paradoxically, as cities grew in size and complexity in the 20th century, they lost control of their affairs to senior levels of government and, along with it, much of their taxing power. 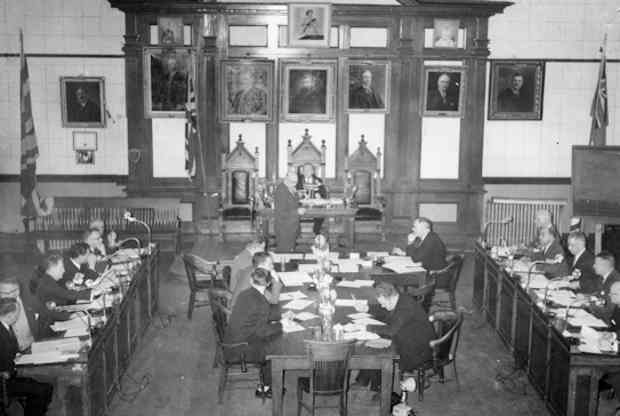 The pictures of past mayors seen on the back wall in this image later graced the hallways of the new city hall.