Home Technology Have you ever wanted to be an astronaut? 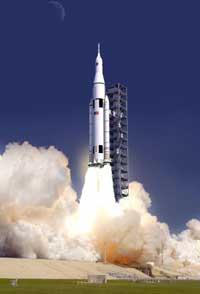 HOUSTON – Have you ever watched the launch of the Space Shuttle, or seen images of Astronauts walking in space? If you have ever though that you should be an astronaut, now is the time.

NASA is accepting applications for the agency’s next class for the Astronaut Candidate Program. Starting today, qualified individuals can submit their applications through the federal government’s USAJobs.gov website. Those selected will be among the first to pioneer a new generation of commercial launch vehicles and travel aboard a new heavy-lift rocket to distant
destinations in deep space.

“For 50 years, American astronauts have led the exploration of our solar system,” NASA Administrator Charles Bolden said. “Today we are getting a glimpse of why that will remain true for the next half-century. Make no mistake about it, human space flight is alive and well at NASA.”

Qualifications include a bachelor’s degree in engineering, science or math and three years of relevant professional experience. Successful applicants frequently have significant qualifications in engineering or science; or extensive experience flying high-performance jet aircraft. Educators teaching kindergarten through 12th grade with these minimimum degree requirements also are encouraged to apply.

NASA will accept applications through January 27, 2012. After applicant interviews and evaluations, the agency expects to announce the final selections in 2013. Training will begin that summer.