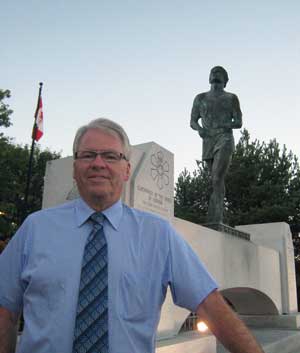 OTTAWA – There is no question about it: the Harmonized Sales Tax has made life more expensive for Ontarians. But nowhere is this statement more true than in our communities right here in the Northwest. We are already dealing with high local unemployment and feeling the effects of a stalling national economy. Pensions are at risk, futures are uncertain. Just about only thing that does seem certain is that the provincial and federal governments have turned their backs on the North by ignoring the harm the HST tax hike would cause.

The HST has been imposed on almost everything a person needs in daily life. Families feel the pinch most when they pay for energy. Many people in Southern Ontario may have parked their cars and taken public transit when the HST pushed gas prices higher, but here in the North there is limited public transit service …or none at all. Many of us have vast distances to travel for medical appointments, shopping, to do business, or to visit family in other communities. People here need their trucks to work and to get by. Our vehicles are essential to the social and economic life of the North, and the HST is penalizing people just for going about their daily lives.

The burden of the HST, coupled with the deregulation of Ontario’s power sector, has led to near record-high energy prices. It has come to the point where many people have to decide between paying for hydro or food. We have long, cold winters and are paying much more for home heating than households in the South.

Under this backroom tax scheme cooked up by the Harper Conservatives and McGuinty Liberals, an average family of four is expected to pay $1,500 more per year now than under the PST regime. You may have noticed how there is now more tax on a huge number of goods services, many of them essentials. I don’t believe politicians are elected to make essentials more expensive for everyday people – in fact that’s the opposite of what they should be doing. Life is getting expensive enough as it is without tax hikes on necessities.

The politicians who promoted the HST argue that it is important to keep Ontario businesses competitive. Obviously, a shift in the tax burden from big business onto the backs of consumers will help the bottom lines of large companies on the Toronto Stock Exchange, but many small businesses across Ontario are finding the tax a problem. The Canadian Federation of Independent Businesses found that three-quarters of them were very concerned about the impact the increased tax burden would have on their customers, and their businesses. The CFIB’s Ontario Director, Satinder Chera, has said the provincial and federal governments have, “clearly dropped the ball in the handling of this tax reform initiative.”

Across Thunder Bay-Superior North, I’ve heard tragic stories of people trying to cope under the HST. Companies were supposed to save money and pass savings along to consumers, but these promises of trickle-down savings at pump or on your hydro bill have gone unrealized. What did we end up with? Costs for the necessities of life have gone up, just as our unemployment remains stubbornly high. B.C. voters may have recently voted to scrap the HST there, but people in Northern Ontario have never been given a choice on the issue and we don’t have any way to recall it like they have in B.C. A year after it was imposed, the HST remains a regressive tax that has added to the burden carried by everyday families – especially our poorest and most vulnerable. It’s time to remove the HST from essentials so that life in the Northwest isn’t harder than it needs to be.