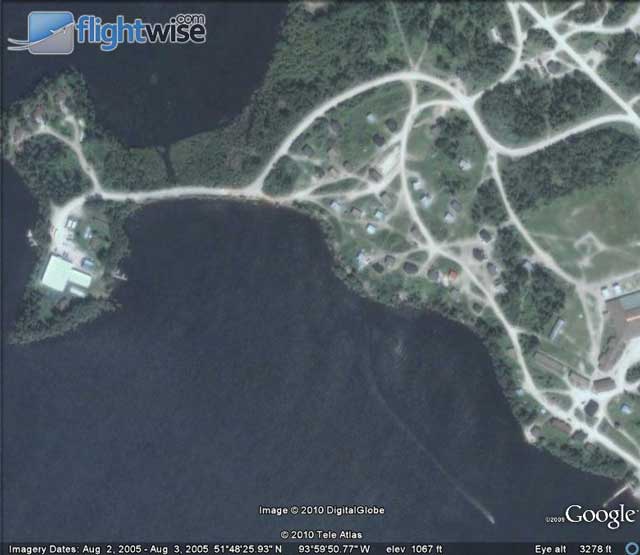 THUNDER BAY – It is a report outlining problems with housing, healthcare, education, opportunities, and economic development. It is the Coroner’s Report on youth suicides on the Pikangikum First Nation in Northwestern Ontario.

Dr. Andrew McCallum, Chief Coroner for Ontario, today released a report entitled The Office of the Chief Coroner’s Death Review of the Youth Suicides at the Pikangikum First Nation 2006 – 2008.

The report is a detailed and comprehensive review of the deaths of 16 children between the ages of 10-19 as a result of suicide in the years 2006-2008. The Office of the Chief Coroner observed, with increasing alarm, the rising toll of teenage deaths on reserve. The purpose of the review was to:

The report states; “There are approximately 450 homes in the community. Of these, 340 have no indoor plumbing or running water. The school, government buildings, and 43 houses are connected to a sewage lagoon. A water treatment system exists that is 16 years old. Through underwater pipes, it delivers water to distribution posts where people collect their drinking water in containers. On April 15, 2011, the First Nation declared a state of emergency due to a lack of potable and running water. This crisis challenged the financial resources of the community, posed a potential health risk and required an integrated and dedicated response.
The community is not connected to the hydro grid. Power in the community is at its capacity, is diesel generated, and can be unreliable. Efforts are being made to connect to the grid.2 In 2008, there were 170 jobs in the community, with 50 held by persons from outside the community such as teachers and nurses. The 170 jobs are dedicated to teaching (50); Band office (40); health (30); buildings, renovation (20); trades, roads, power, IT (20); and the White Feather Forestry Project (10). There are 542 heads of households receiving social assistance. “Virtually all of the Band’s financial resources come from the Federal Government.”

“Poverty, crowded substandard housing, gainful employment, food and water security are daily challenges. A lack of an integrated health care system, poor education by provincial standards and a largely absent community infrastructure are uniquely positioned against the backdrop of colonialism, racism and social exclusion arising from the historical plight of First Nations people including the effect of residential schools. These all contribute to the troubled youth, who appear to exist in a dysphoric state, caught between the First Nations traditions and cultures of their forefathers, and contemporary society which they are poorly equipped to navigate and engage”.

The report comes out just as former Chief Peters has issued a call for help from the remote First Nation after five suicides committed by young people over the past forty-five days.

One of the stated solutions in the Coroner’s Report is improved educational opportunities.

“The school burned down in 2007, and has yet to be replaced. A cluster of deaths by suicide occurred shortly after the destruction of the school. The community needs a school with all of the opportunities a fully functioning physical plant has to offer. Indian and Northern Affairs Canada has reportedly committed to building a new school.

“Truancy remains a significant problem in the community. There are currently 520 children enrolled in school for 2010-2011. There are another 300-500 children of school age who are likely eligible for school. The exact number is unknown. Children not attending school will experience increasing isolation from mainstream Pikangikum society, lack of programming and healthy activity, and could easily fall into the lure of solvent abuse. As noted by First Nations’ leadership, children need to attain education to have marketable skills and therefore, hope for the future. They must attend school to do this. The Pikangikum First Nation needs to meaningfully decide the role their school should play in the lives of their children.

“Pikangikum graduates just 8 or 9 youth from a high school stream each year. These children are largely not equipped for post-secondary education, and in fact, none of the youth who graduated in 2009 sought college or university educations following graduation. Children who demonstrated academic aptitude were previously given the opportunity to obtain a high school education at a First Nations’ High School located in Pelican Falls. These children have been identified as bright and motivated, and might have the ability to obtain a college or university education, if exposed to a quality high school education. Currently, the only option is to obtain their education at Pikangikum. The Office of the Chief Coroner was told that the privilege of attending an advanced First Nations’ high school has recently been revoked by the Northern Nishnawbe Education Council (NNEC). If possible, it should be re-instated. Pikangikum needs its children and future leaders to be exposed to the best high school educational opportunities”.

Crime is another problem. “The community has a high crime rate compared with other First Nations communities. The OPP has a stabilizing effect and diminishing their capacity to respond has the potential to lead to an escalation of chaos and significant harm, particularly to those who are most vulnerable, such as children, youth, and the elderly. There is a need for police to be allowed to exercise their policing expertise in the absence of local Pikangikum First Nation political interference”.

Led by Deputy Chief Coroner Dr. Bert Lauwers, the review began in March 2010 and involved several parties, including health care professionals, the Provincial Advocate for Children and Youth and child welfare providers. A total of 100 recommendations are offered to try to stem the loss of life of First Nations youth, not only in Pikangikum, but all across Ontario. These recommendations target the areas of education, policing, child welfare and health care, focusing in particular on the development of suicide prevention strategies.

The children and youth of Pikangikum have been taking their lives at an extraordinary rate for a number of years. This death review focused on 16 of the deaths that occurred between the years 2006-2008. The themes that emerged from a review of the circumstances of the deaths and the lives of the youth, was not a story of capitulation to death, but rather, a story of stamina, endurance, tolerance, and resiliency stretched beyond human limits until finally, they simply could take no more.
This review has endeavoured to examine, as an alternative to an inquest, the deaths of the youth, and the societal factors that contributed to the deaths. The mental health and well being of these children and youth is a complex, multifactorial integrated response to many factors in their lives, including social determinants of health, which consists of amongst other factors, the poverty and deprivation in which they exist.

Practical recommendations are provided, and the Office of the Chief Coroner believes that the implementation of both the systemic and health service delivery recommendations in this document have the potential to address suicidal behaviour of First Nations youth and children both in Pikangikum, and in other First Nations communities suffering with surges in suicide and parasuicidal behaviours in their youth.

The Office of the Chief Coroner would like to thank all of the members of the multidisciplinary team who contributed their time and expertise to this enormous effort. A special thanks to the Chief, Council and Elders of the Pikangikum First Nation for their support and encouragement and to Grand Chief Stan Beardy of the Nishnawbe Aski Nation for his guidance and wisdom.

“It is my hope that recipients of our recommendations will sincerely and thoughtfully consider this report and make every effort to implement what we believe to be effective strategies to prevent deaths of First Nation youth, both today and in the future,” states Dr. Andrew McCallum Chief Coroner for Ontario.

The Chief and Council of the Pikangikum First Nation have also reviewed and responded to the Coroner’s Report.

“We, the Council of Pikangikum, entirely acknowledge and appreciate the considerable time and thought of those that have prepared and drafted the 99 recommendations contained within the Review. We also respect and appreciate that contributors to this Review have acquired considerable knowledge and experience in their professional lives and are genuine in wanting to address these issues, not merely respecting Pikangikum but also with respect to other communities in Ontario and throughout Canada.

“It should be pointed out that the recommendations are entirely silent regarding the significant role that our Elders play in any decision-making process in Pikangikum. Despite this glaring oversight, we at Pikangikum fully recognize that our Elders are of critical importance to the success of each and every process and strategy that seeks to address the issues inherent in this Review. As such, Chief and Council are ensuring that on-going engagement and consultation with our Elders occurs with respect to the recommendations and the First Nation’s suggested process for their implementation.

“We convened meetings respecting the Review with Elders, Youth, Health Authority, Education Authority, and others including representatives of the OPP and staff at our school. These meetings were helpful in affirming immediate needs and priorities of the Pikangikum First Nation.

“We note that several of the recommendations are not directed to Pikangikum specifically, but involve jurisdictional issues and policy recommendations that are inter-provincial. These are large issues that will be debated in the future amongst our fellow first Nations and by policy makers within the Government of Canada and Ontario. We have certain views respecting those ‘policy’ recommendations. However we choose not to comment on them at this time as we do not want to deviate from what we believe is realistically obtainable from this important Review”.