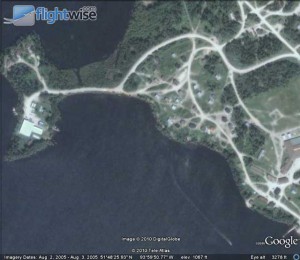 Pikangikum First Nation is located on Pikangikum Lake, approximately 100 km northwest of Red Lake, Ontario. “Pikangikum” is from the Ojibway word – Biikanjikamiing – that refers to how the Berens River flows into Pikangikum Lake on the east, how the lake spreads out from the river on either side, and how the River leaves the lake in the west across from where it comes in.

The community can only be reached by air, or winter road. In the summer there is a water route into the community.

“As a member of Pikangikum First Nation, I feel obligated in letting Canada, and the international community know about these tragedies,” says Peters. “I feel strongly that no on cares, and maybe I am being ignored by thinking this way. The government of Canada, National and Regional First Nations Leaderships and the Canadian public have to know what is happening in Pikangikum”.

Peters is calling on “The Canadian public to help Pikangikum to get the attention of those in authority to wake up and take notice”.