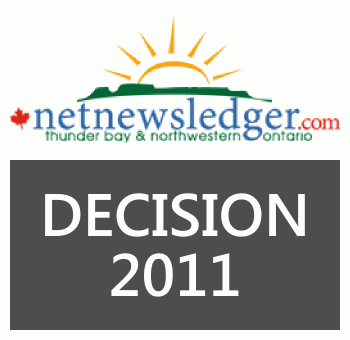 THUNDER BAY – Thunder Bay Atikokan Liberal MPP Bill Mauro has become a target for Sarah Campbell the NDP candidate in Kenora. Campbell says, “A few months ago Liberal MPP Bill Mauro was telling everyone that the forest industry was dead. He was saying that we should all pack up and move on. I said then and throughout my campaign that Bill Mauro was wrong. The Liberals are wrong. This is proof that the Ontario NDP knows our industry and the people living in the north. We have the skill, commitment and energy to rebuild the industry and help it regain its prominence in the north.”

The battle between the NDP and the Liberals is heating up.

Mauro responds, “Unfortunately Ms. Campbell continues the NDP style of using blame and fear in an attempt to further their campaign instead of bringing new realistic ideas to the table. This style of misinformation is something that has been common out of that riding for a number of years. I had hoped a new candidate might have brought a new approach but that is apparently not the case. The issue of forestry jobs is very important to me and there are countless examples of support that our government has brought forward to assist this industry. This latest announcement is just the most recent”.

“Ms. Campbells allegation against me is false. On the contrary, I have spoken at length publicly and in the legislature about the efforts I and our government have undertaken to support an industry that has been hit hard by a number of factors beyond the control of any government,” counters Mauro.

“As I have indicated many times, I have life time friends and family members who make their living in the forest industry. I will not stop in my effort to support this industry in our community or this region. This announcement continues our government’s strong efforts to rebuilding this vital industry and I would have to believe that Ms. Campbell would be pleased at our government’s continued commitment to the people of Northwestern Ontario”.

In the Ontario Legislature, on March 11 2011, in Debate, Mauro stated, “For seven years, I’ve listened primarily, I will say, to the New Democratic Party blame the Liberal government. For every sawmill closure and every pulp and paper mill closure in northern Ontario, it was the fault of the Liberal government. That’s what the NDP have said for seven years. I’ve said to some of the other northern members that we didn’t do a good enough job of speaking out against the ridiculousness of that argument. We let them repeat the same thing over and over again, and I think there were a significant number of people in northern Ontario who bought in and believed it. They tied it primarily to the cost of power. They would suggest to everybody who had a job in a sawmill or a pulp and paper mill that closed—sometimes permanently—that the reason that happened was because the Liberal government in the province of Ontario wasn’t doing a good enough job when it came to controlling power rates. That’s what the NDP did. In fact, I need to give the Conservatives some credit because they didn’t buy into that line of ridiculousness at the beginning”.

Continuing, Mauro said, “I wanted to talk just a bit about the electricity piece of this. You have to divide the forest industry into at least two pieces: the pulp and paper side and the sawmilling side. The suggestion by, again, primarily the NDP that somehow electricity rates had anything to do with the demise of the sawmilling half of the forestry industry is incredible.

Electricity is not a significant input cost when it comes to sawmills in northern Ontario or, without knowing for sure, I could probably say, almost any other jurisdiction in Canada. It just is not. So out of tens of thousands of jobs that the NDP like to talk about being lost in the forest industry, a lot of those jobs were in the sawmilling industry. I can tell you unequivocally that the connection between electricity pricing and sawmill jobs is simply misplaced; it’s absurd; it’s unfair.

I’ve said in this Legislature before that when NDP members would stand in their place and tell people back in Thunder Bay, Atikokan and all across northern Ontarian that, “If we just fix those energy prices, don’t worry, you’ll get your job back,” people were making life decisions: Do I need to move? Do I need to go back to school? Do I need to get retrained? They were really doing a disservice to all of those people, because what had occurred in this industry was a fundamental shift that could not be fixed by simply lowering the cost of energy by one megawatt or whatever the price may be. It was an absurd argument to make, but they continued to make it, and people bought into it. They might have decided, “I’m going to stay in my home,” or “I’m not going to try to get a job in the oil patch,” or “I’m not going to go back to school and get retrained in the Second Career program” put forward by our government.

It was a terrible thing to do. You did a disservice to people who were caught up in this economic storm, this perfect storm that affected the forest industry, as it was described. You were doing those people a disservice, because they needed to make life choices. They had a very hard decision to make”. (Source: NNL March 11, 2001 )

The Ontario Election will be on October 6th. 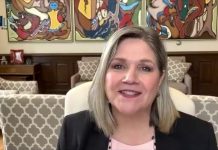 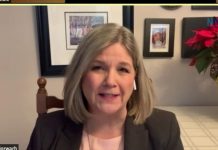 March Break in April not a Solution say Ontario NDP