Home NNL Headline News Have you voted for Port Arthur Stadium Yet? 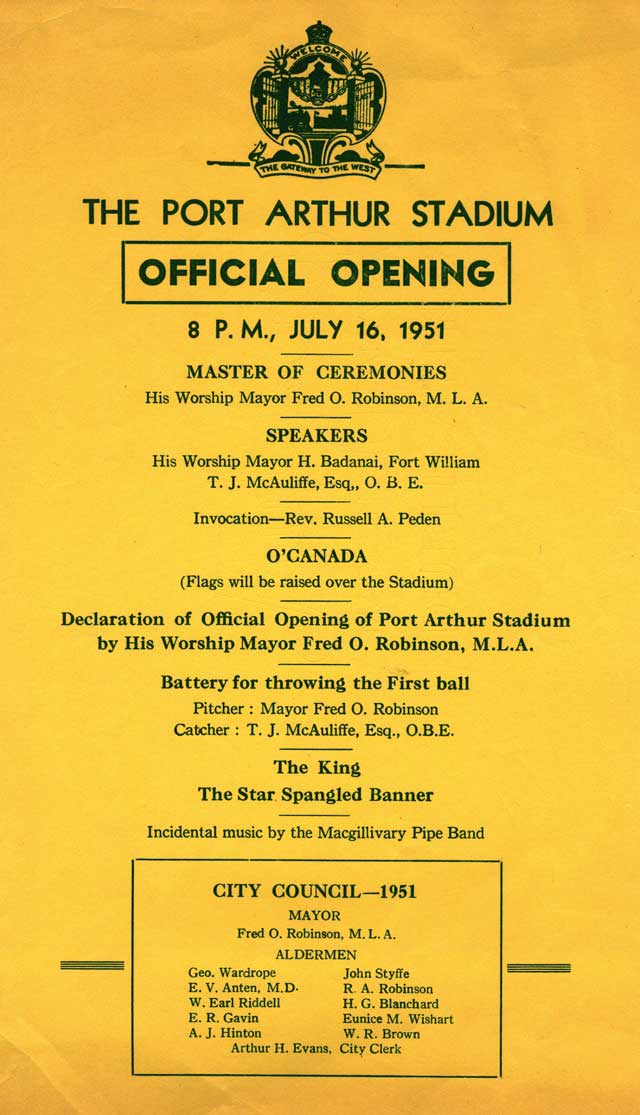 THUNDER BAY – It was an era where the Lakehead was optimistic, looking at a future that was positive and upbeat. Port Arthur Stadium was opened in 1951 by Mayor Robinson. Special guests that evening included Mayor Badanai from Fort William and T. J. McAufiffe.

The long, and proud history of the Port Arthur Stadium is one all of Thunder Bay can be proud of.

Warren Philp shares, “Since 2000, Canada’s Junior National Team has played more games at Port Arthur Stadium than any other ball park in the country, approximately 17 games. “Canada’s” Favourite Ball Park, you be the judge! Some alumni playing in those PA Stadium games in the attached collage. Russell Martin in 2000, Adam Loewen in 2002, Brett Lawrie in 2008 and Tom Robson at the World Juniors in 2010, all playing in events at the Port Arthur Stadium.

Today, you can continue that proud history.

Baseball Canada is hosting a competition to decide Canada’s Favourite Ballpark. The contest is down to two ball parks.

Port Arthur Stadium from Thunder Bay, ON and Labatt Park in London, ON are going head-to-head to determine Canada’s Favourite Ballpark.

To vote, go to www.baseball.ca.

Thank you to Councillor Larry Hebert and to Belinda (McAuliffe) Bent
for supplying the image of the Opening Day Program.

Please consider sharing this with your friends, relatives and others. London Ontario is out to a slim lead. With your help, this vote could be won.