Home Anishinaabe “It has taken well over 100 years to get here!” 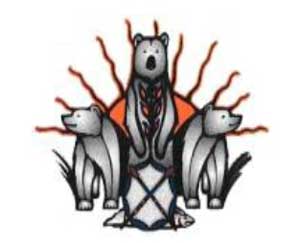 THUNDER BAY – The Chief and Council of the Missanabie Cree First Nation are pleased to announce a significant achievement in the quest to return to our homelands. The people of the Missanabie Cree First Nation will be celebrating the successful negotiation of a Land Transfer Agreement with the Government of Ontario that will provide our community with approximately fifteen (15) square miles of land in our traditional territory.

MCFN Chief Kim Rainville welcomes the opportunity to host a celebration. “We will commemorate the signing on August 17, 2011 with a ceremonial signing and feast at Dog Lake. I am grateful for the patience, perseverance and hard work of our previous leaders, administrations and legal representatives whose efforts have brought us to where we are today, preparing to re-establish a community within our traditional home lands.”

Audrey Bateson, Chair of the Land Transfer Advisory Committee, agrees and notes that “the first recorded request for land occurred in the year 1897. Subsequent attempts occurred in 1906, 1915, and 1929 and all were rejected. This brings us to this point where the Ontario Government is returning 15 square miles of land to our First Nation and it has taken well over 100 years to get here!”

The celebration will take place in our traditional territory at Island View Camp, in Missanabie, Ontario. Representatives from the Ministry of Aboriginal Affairs and the Ministry of Natural Resources have been invited to attend and sign on behalf of the Government of Ontario. Other honoured guests will include those who have provided support to our efforts in the return to our homelands.

The Missanabie Cree First Nation recognizes that the Land Transfer Agreement represents an important landmark in the settlement of our land claim. It will create opportunities for community development for our Nation, and marks the beginning of a journey that encompasses a “vision of our community re-established on the traditional lands that were once the homeland of our ancestors where the institutions of our government, economy, and education can once again thrive.”

The Nishnawbe Aski Nation, a political territorial organization representing the communities of James Bay Treaty 9, also recognizes the significance of this Agreement. “Nishnawbe Aski Nation is pleased that a land base has now been officially recognized for Missanabie Cree First Nation. Historically, clans and tribes, commonly use and share land for corridors and travel ways, which provide a sense of kinship and strong relations between communities. This land transfer agreement is positive news for the community as they can now begin to be revitalized and reclaim their presence again on their homeland,” said Nishnawbe Aski Nation Grand Chief Stan Beardy.

The Chiefs of Ontario have also extended their congratulations to Missanabie Cree First Nation. Regional Chief Angus Toulouse stated that, “The provision of land to the Missanabie Cree First Nation represents a hard won achievement, in their century-long battle, to obtain what was promised to them under James Bay Treaty #9. They have been tenacious in their fight for what is owed to them, and it has finally paid off. This land transfer will start a new chapter for the people of the Missanabie Cree as they re-establish a home base and come together to live as a People. I wish them all the best as they rebuild their community with strength, kinship and peace.”

“For many years, our members have travelled from across Canada to come together at our Annual Gathering in August. This year, the Gathering will have a special significance as we celebrate this achievement with our families and friends. The Chief and Council and the citizens of the Missanabie Cree First Nation look forward to a brighter future and a secure place in our traditional homelands for our families, and for our future generations.”

In 1995, the Missanabie Cree First Nation commenced a civil action in the Ontario Superior Court of Justice claiming that Canada and Ontario breached Treaty No. 9 by failing to provide our Nation with the land we were entitled to receive under the Treaty. Both parties agreed to negotiate the claim, however, litigation continues in the Ontario Superior Court, as Canada and Ontario are unable to agree on the exact amount of land the Missanabie Cree First Nation is entitled to. The Land Transfer Agreement represents a partial settlement from Ontario of our treaty land entitlement claim.

The execution of the Land Transfer Agreement, which came into effect on January 5, 2011, will result in the transfer of ownership of the 15 square miles of land to the Missanabie Cree First Nation.

The lands will be held in trust, while the Missanabie Cree First Nation concludes a successful application to the Government of Canada to have the lands set apart as reserve lands under the Indian Act. Planning is now underway for a legal survey of the transfer lands, and the eventual transfer of ownership in fee simple to the Missanabie Cree.