THUNDER BAY – The leadership of Nishnawbe Aski Nation (NAN) is saying it is past the time for studies and time for action. Deputy Grand Chief Terry Waboose says the Government of Canada’s National Assessment of Water and Wastewater Systems in First Nation communities merely confirms what NAN and First Nations across Canada have been telling the federal government for years – that there is a critical lack of infrastructure in First Nation communities.

“We don’t need more studies to confirm what we have been saying for years. There is a looming threat to the health and safety of NAN First Nations from the present drinking water management systems within the communities,” said NAN Deputy Grand Chief Terry Waboose. “Water is a basic human right. Continued failure to address the drinking water and wastewater infrastructure within NAN First Nations will continue to lead to boil water advisories, evacuations, and poses health risks to NAN communities.”

“Imposing regulations on First Nations that do not have the critical infrastructure and resources to meet them is meaningless, and avoids the key issue of providing safe drinking water for NAN communities,” said Waboose. “Regulating drinking water in First Nations does nothing to address the fact that many of our communities do not have access to an adequate supply of clean, safe drinking water in the first place. This critical lack of infrastructure is the key issue for our communities, and one that Bill S-11 completely fails to address.”

NAN presented a cursory overview of water and wastewater systems in NAN First Nations to the Senate Standing Committee on Aboriginal Peoples in March 2011. The submission highlighted widespread concerns such as staffing and technical issues, as well as illustrating common issues and service gaps. Findings include:

Nearly all 49 NAN communities have been subject to a boil water advisory in the past five years.
Nearly every community’s water plant system is in need of replacement or repairs.
Nearly all communities face a lack of funding for the hiring and training of qualified staff and the safe operation of water systems.

“The Government of Canada and the Government of Ontario must uphold their legal obligation to provide adequate support and resources to immediately address the dire need for safe water and wastewater infrastructure for NAN First Nations,” said Waboose “We support the development of water quality standards, but only if such standards are developed in consultation with NAN First Nations and are fully funded by the federal and provincial governments.”

In July 2010, The United Nations General Assembly passed a resolution declaring safe and clean drinking water and sanitation as a human right essential to the full enjoyment of life and all other human rights. Furthermore, standards of proper social conditions are brought forward in the United Nations Declaration on the Rights of Indigenous Peoples Article 21 “…Indigenous peoples have the right, without discrimination, to the improvement of their economic and social conditions…sanitation…”. 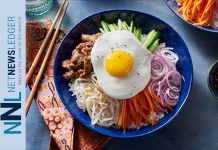 Opinion – Feds’ Buy Canadian food campaign could be a disaster