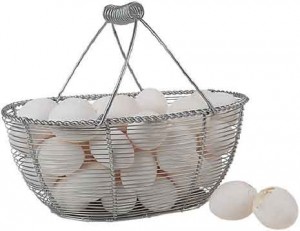 THUNDER BAY – “We want Ontarians to learn how to protect themselves in the marketplace. Our calendar helps them do that – it makes smart shopping easier and helps all Ontarians be savvy consumers.” That is the latest word from the Minister of Consumer Services, John Gerretsen MPP.

In other words, “Premier Dad” and his government are still firm in their belief that people in Ontario are just not smart enough to figure things out on their own.

The calendar features different consumer protection themes and tips each month. Topics include what consumers need to know about buying or selling a home, dealing with telemarketers, switching energy suppliers, changes to the province’s auto insurance system, and many more.

In addition to English and French, the calendar is also available in Chinese (simplified and traditional), Spanish, Punjabi and Tamil.

Free copies of the calendar can be ordered at www.serviceontario.ca/publications or by calling 1-800-668-9938 (TTY toll-free at1-800-268-7095). Copies can be downloaded at www.ontario.ca/consumerservices.

The McGuinty Liberals seem fixated that there are many areas where people in our province are certainly capable of making informed decisions without any help from government. Ontario Progressive Conservative Lisa McLeod states, “While the McGuinty government struggles to find the imaginary jobs they said the HST would create, the private sector has lost nearly 27,000 real jobs since the HST took effect.”

Meanwhile in the issues that really matter to Ontarians, the economy, solid jobs, and affordability, the province continues to lag after a strong start to the year.

The RBC states, “Following a strong start early this year, Ontario’s economic momentum slowed considerably more recently which will moderate real GDP growth from a rate of 3.3 per cent in 2010 to 3.1 per cent in 2011”. This information is according to the latest Provincial Economic Outlook report released today by RBC Economics.

While the projected growth rate next year constitutes a small downward revision, it still handily beats the average of 2.2 per cent in the five years prior to the recession. In other words, despite the promises made by Dalton McGuinty that the Liberals blending of the provincial and federal sales taxes into the HST would benefit the economy, the economy has slowed in the second half of the year since the tax was implemented.

The RBC report notes the slight deceleration of growth in 2011 reflects some drag emerging from public capital spending and residential construction; however, this will prove to be a period of reloading, as momentum is expected to pick up again in Ontario with RBC projecting growth remaining steady at 3.1 per cent in 2012.

“With Ontario’s domestic demand now fully repaired, the next stage of the recovery will depend more than ever on demand from the province’s biggest external market, the United States,” said Craig Wright, senior vice-president and chief economist, RBC. “Performance south of the border is key for Ontario – we see encouraging signs that the recent bout of softness is subsiding and that U.S. growth will pick up over the course of the coming year.”

In other words, the growth that Ontario will experience will not be due to any of the efforts of the McGuinty Government, but as the United States economy picks up.

Of particular importance to Ontario’s economy is the steady improvement in U.S. motor vehicle sales, which RBC expects will continue next year and beyond. Light vehicle sales in the U.S. are forecast to rise by more than 14 per cent to 13.2 million units in 2011, though this is still well below the 16 to 17 million range in the decade prior to the recession. The main element restraining Ontario’s export gains will be the high Canadian dollar, which RBC forecasts to hover around parity against the U.S. dollar in the next year.

“Even with interest rates expected to rise next year, they will remain low and will still provide strong support to Ontario’s business and consumer spending,” added Wright. “Further improvement in the provincial labour market will also bode well for consumer spending, as we project Ontario’s employment to grow by 1.9 per cent next year, up from 1.7 per cent this year.”

Still-low interest rates and employment gains in the province will also have positive implications for the housing market; however, the market’s substantial volatility in the past year will somewhat distort the picture in 2011. While Ontario’s housing resale activity is on path to more sustainable levels, RBC forecasts that housing starts in 2011 will reverse some of the gains made in 2010.

Getting past the slowing infrastructure spending with Action Plan funded projects winding down will be a challenge for Ontario’s economy in 2011. Since the beginning of the recovery, the significant increases in capital expenditures by governments accounted for nearly one-fifth of the province’s real GDP growth. The completion of projects will in turn cause some drag, although RBC expects this will be more than offset by stronger non-residential investment by businesses.

The full report and provincial details are available online  www.rbc.com/economics/market/pdf/provfcst.pdf.