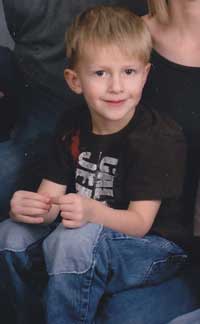 NIPIGON – When Treydon Turner- Brien helped to carve his Paddle-to-the-Sea canoe as part of Nipigon’s Centennial Celebrations in July of 2009, it was hoped that it would someday reach the Atlantic Ocean. After an amazing journey, Treydon’s Paddler has gone much further than the original Paddle-to-the-Sea from the classic children’s book by Holling C. Holling. The little canoe is about to be released into the salt waters of the South Pacific Ocean off of the coast of New Zealand.

The boat was carved by 3 year old Treydon, with the help of his grandfather Joe Turner, just before his family moved to Alberta. Treydon’s family knew they would be moving, and the kids wanted to be part of Nipigon’s story before leaving. 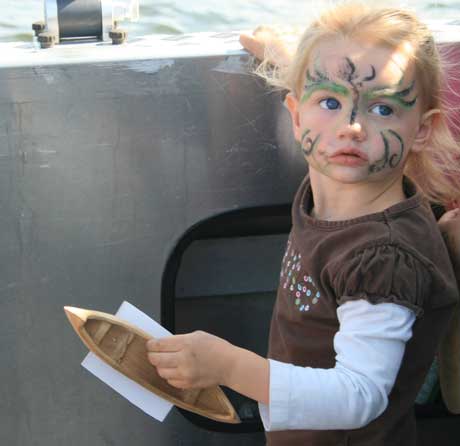 Earlier this month, a kayaker in Pukaskwa National Park found himself stranded at the mouth of the Willow River in a storm. He saw Treydon’s Paddler bobbing by the shore and went closer for a look. Somehow, Paddle had managed to travel more than 180km from Nipigon Bay to Pukaskwa. After reading the message on the boat, and showing Treydon’s Paddle to Parks Canada staff working at the Pukaskwa Tourism Information Centre, he decided to carry Paddle on to Wawa.

At the outfitter where the kayaker rented his gear, a fellow adventurer, named Ed Hayworth, from New Zealand noticed Paddle and took a liking to the little canoe. Ed decided to carry the Paddler with him back to New Zealand, where he is now planning to release Paddle into the Pacific Ocean.

The original story of Paddle-to-the-Sea starts in Nipigon, where a young Indian boy dreams of seeing the ocean. He carves a wooden canoe, or ‘paddle-person’ to make the journey for him. Paddle has many adventures as he travels the Nipigon River and the Great Lakes before finally reaching the Atlantic Ocean.

The Paddle-to-the-Sea Park was opened in downtown Nipigon to keep the famous story alive.  Paddle’s adventure has captured the imagination of children for more than 50 years. The original book was written in 1941 by Holling C. Holling after he visited Nipigon. The story inspired Canadian canoeist and film maker Bill Mason to create the film Paddle-to-the-Sea with the National Film Board in 1966.