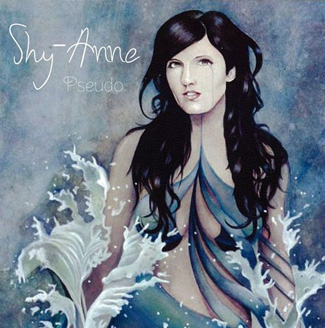 The rest of the awards are being held this evening. Shy-Anne is up for Best Pop Album, Single of the Year, and Entertainer of the Year.

Shy-Anne’s latest release, “Change the World” is doing very well having climbed to number seven, up from number ten on the NCI’s Aboriginal Top Thirty.

Native Communications Incorporated (NCI-FM) began airing a top ten playlist in the spring of 1998. “NCI’s Aboriginal Top Ten” was first formulated as a radio playlist where announcers played songs hourly from a predetermined song-list. In the fall of 1999 this playlist evolved into a one-hour long which featured Aboriginal music from throughout North America. By the spring of 2000, the program was lengthened to two-hours and the name was changed to “The National Aboriginal Top Thirty Countdown”.

“I do thank everyone,” commented Shy-Anne “All of my Ontario fans, family, friends, and all the others in the world who voted. I can only bring it home to Thunder Bay for now…the album was produced / engineered in Thunder Bay. Peace and love to all!”