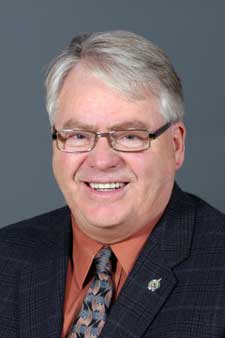 OTTAWA – What’s the problem with changing the long form census?

The people who want rid of it say it’s long and cumbersome and invades their privacy. It does do a little tiny bit of both.

You can’t really spread that across 25 years and do a bit each year.  But if you did, filling it out would take roughly 144 seconds of your life each year. About as much time as the commercial break in the middle of Law and Order.

Is your information safe? Yes. StatsCan cannot share your information. Once entered, even StatsCan doesn’t know which form was yours. Nobody does: No telemarketers, no tax collectors, no governments. There has never been a breach of security at StatsCan.

Worried about privacy? Consider how much your bank knows about you.  Your credit card company. Facebook puts information about you out there into cyberspace. The information the police get by running your licence is significant. Or, pull up your credit history – often it contains wrong information! And for the rest, you’ll wonder (and worry about) how much they knew about you.

Who needs this data? Here are a few of the hundreds of uses:

• Businesses can plan where to put factories and stores. And where to find an experienced work force.

• Boards of education can learn where schools will be needed.

Senior governments need to know even more than other users:

• What provinces are people moving to? Away from?

• Where are the jobs? The unemployed? What E.I. services will be needed?

• Where will French-language services be needed?

Without the long-form census, we just won’t know for sure. Voluntary surveys are unreliable.  No scientist – and no other nation – would claim confidence in a voluntary survey.

Harper’s plan is to convince volunteers to fill out the long form version.  Thirty per cent of Canadians instead of the current twenty percent. This will cost an added five million dollars to distribute – and twenty-five million more for advertising. Thirty million for information that cannot be trusted by the people who run businesses and make policy.

Businesses, governments, and citizens have all explained this to Stephen Harper, but many say that the damage has already been done. It could be too late to save next year’s census. We will be unable to compare data from the 2011 census with past years and decades.  We won’t be able to compare ourselves with other countries about economy, health …and a long list of other very useful measurements. Even if the 2016 census were done right, the 2011 data couldn’t be used for comparison. We wouldn’t know if a whole list of variables grew, diminished or remained the same. We will never get this opportunity back. 2011 will be a useless black hole for all time.

For a government that ignores treaty obligations, believes women didn’t need the Status of Women office, and thinks tax cuts to the rich will solve most economic problems …we shouldn’t be very surprised.