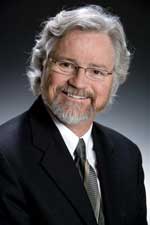 THUNDER BAY – Over the last week or two I’ve felt both great pride and great disappointment in the work of others. I remain extremely proud of the efforts of our local event organizers and the region’s amateur athletes, but disappointed by the continuing misadventures of the Harper government in Ottawa.

First the good. With the World Junior Baseball Tournament now over I hope you will join me in congratulating the Thunder Bay International Baseball Association for putting on such a successful international event. I attended much of the tournament and followed the media coverage extensively and the event received very positive coverage from outlets around the world. Hopefully, all of our guests enjoyed their stay in Thunder Bay and had a chance to take in some of what Northwestern Ontario has to offer.

I also had the chance to attend the opening two days of the Ontario Summer Games in Sudbury last week and was again impressed with all of our local and regional talent. Good results came early for Team North in baseball, as well as basketball and other events. You can find all of the results of the Ontario Summer Games by visiting their excellent website at: http://www.2010ontariosummergames.ca.

As proud as one can be with the great events and performances of our local organizers and athletes it has also been a frustrating week or two for those of us who follow politics and care about the direction that our federal government is taking our country. For us, it is becoming clear that incompetence and dishonesty are the new orders of the day for Mr. Harper’s tired regime.

The biggest ‘news’ story generated by this government over the summer months (outside of the billion dollar G8/G20 boondoggle) has been the Conservative’s preoccupation with eliminating the long-form portion of the census and making the remainder of the questionnaire voluntary. Not much about the government’s decision nor their repeated explanations have made much sense thus far.

After five weeks of public debate about the merits of the new policy, the main arguments that have been put forward by the Harper government for scrapping the long form census was that the public was unhappy about the “intrusiveness” of the extended questionnaire and that a prison sentence is too harsh a penalty for not complying with what should be a voluntary task. I think most MPs, myself included, are open to talking about the penalties for non-compliance but the other issues seem to have come out of ‘far right field’ so to speak.

When asked about his claim that complaints from the public prompted this new policy, Mr. Clement was unable to provide an exact number (or even a rough number for that matter) of the complaints that his office has received about the intrusiveness of the census. However, when the Privacy Commissioner was asked the same question she confirmed that her office had received three complaints from individual Canadians over the last decade. That’s exactly three confirmed complaints about the intrusiveness of the census over the last 10 years. Someone also forgot to tell Mr. Clement that most Canadians are perfectly fine with carrying out their census duties (mandatory as they are) as the response rate is well over 90 percent and that no has ever (not even once) been put in jail for not filling out the forms.

While Mr. Clement has handled the file incompetently he has also shown himself to be capable of bending the truth in order to get what he wants (to put it mildly). Following his public claim that Statistics Canada backed his decisions on the reform of the census, some internal emails were released to the public that showed the Minister was in fact misrepresenting the advice that he received from Statistics Canada.

Initially, Mr. Clement said that he was told by Statistics Canada that eliminating the long form version and making the rest of the questionnaire voluntary would not affect the quality of the data or overall effectiveness of the process. However, the emails that were released to the public showed that Minister Clement was in fact told the exact opposite by Statistics Canada; that the compliance rate would go down (possibly to just 50 percent from more than 90 percent now) and that the data would be much less reliable as a result.

Watching the World Junior Baseball Tournament and our region’s athletes at the Ontario Summer Games was inspiring and showed me again that we have some extremely organized and competent people who respect the principles of fair play in our region. I just wish the same could be said about our tired and distracted Conservative government in Ottawa.