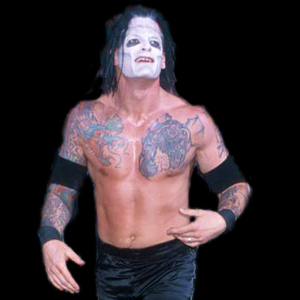 THUNDER BAY – Thunder Bay’s Ian Hogdkinson has wrestled all over the world as Vampiro and is indeed one of the most famous people from our community in many parts of the world. From making his professional wrestling debut in 1984, Vampiro has had a very successful career wrestling all over the world. He is best known in Canada, and the United States for his time as a main event performer in Ted Turner’s World Championship Wrestling (WCW) where he feuded with the likes of Hulk Hogan, Bret Hart, and Sting.

However, as popular as he was in WCW, Vampiro is even more popular in Mexico where he is thought of almost as a wrestling god. Mexican wrestling fans have really embraced his character and style of wrestling. Hogdkinson still resides in Mexico, and wrestles regularly in front of very large crowds.

At 42 years old Ian, is nearing the end of his career, However, before he retires he wants to do the one thing he has never done.

Vampiro will Wrestle in front of his hometown crowd, and family in Thunder Bay. He will do just that when he takes on the most vicious pro wrestler in recent history, the Apocalyptic Nightmare Hannibal on May 15th at Fort William Gardens.

Vampiro’s family is looking forward to the event and have all purchased front row tickets. His sister Alexis Hogdkinson has even bought a section of seats that she donated to underprivileged youth in the area who otherwise would never get the chance to see a live professional event. She feels that this is a spectacle that they shouldn’t miss.

Although Vampiro is excited about his big hometown event he isn’t taking his match lightly. The seasoned ring veteran realizes and acknowledges Hannibal will be his toughest challenge to date. Hannibal has already ended the careers of Abdullah the Butcher, and Psycho Sid Vicious after mercilessly defeating them in previous encounters. Hanibal promises that he is going to ruin Vampiro’s homecoming.

In the middle of all the action will be hard-core wrestling legend Terry Funk as the guest referee. Since this is a no-holds-barred match Funk’s only job will be to make the three count on the losing participant.

Vampiro has a lot of respect for Funk and looks at him as almost a father figure. Hannibal has promised to lay a beating on Funk if he gets involved in the match.

It is certainly shaping up to be what promises to be a wild night on May 15th at Fort Williams Gardens. It will be the biggest wrestling event ever to take place in Thunder Bay with huge stars like Kevin Nash, Scott Steiner and Honky Tonk Man among others set to appear.

Tickets are available at the Fort Williams Gardens box office starting at just $15 or you can buy 4 for $40. For more information visit greatnorthwrestling.com 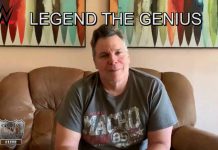